Christopher Khor: The aftermath of going viral & building a community for transgender men in Singapore 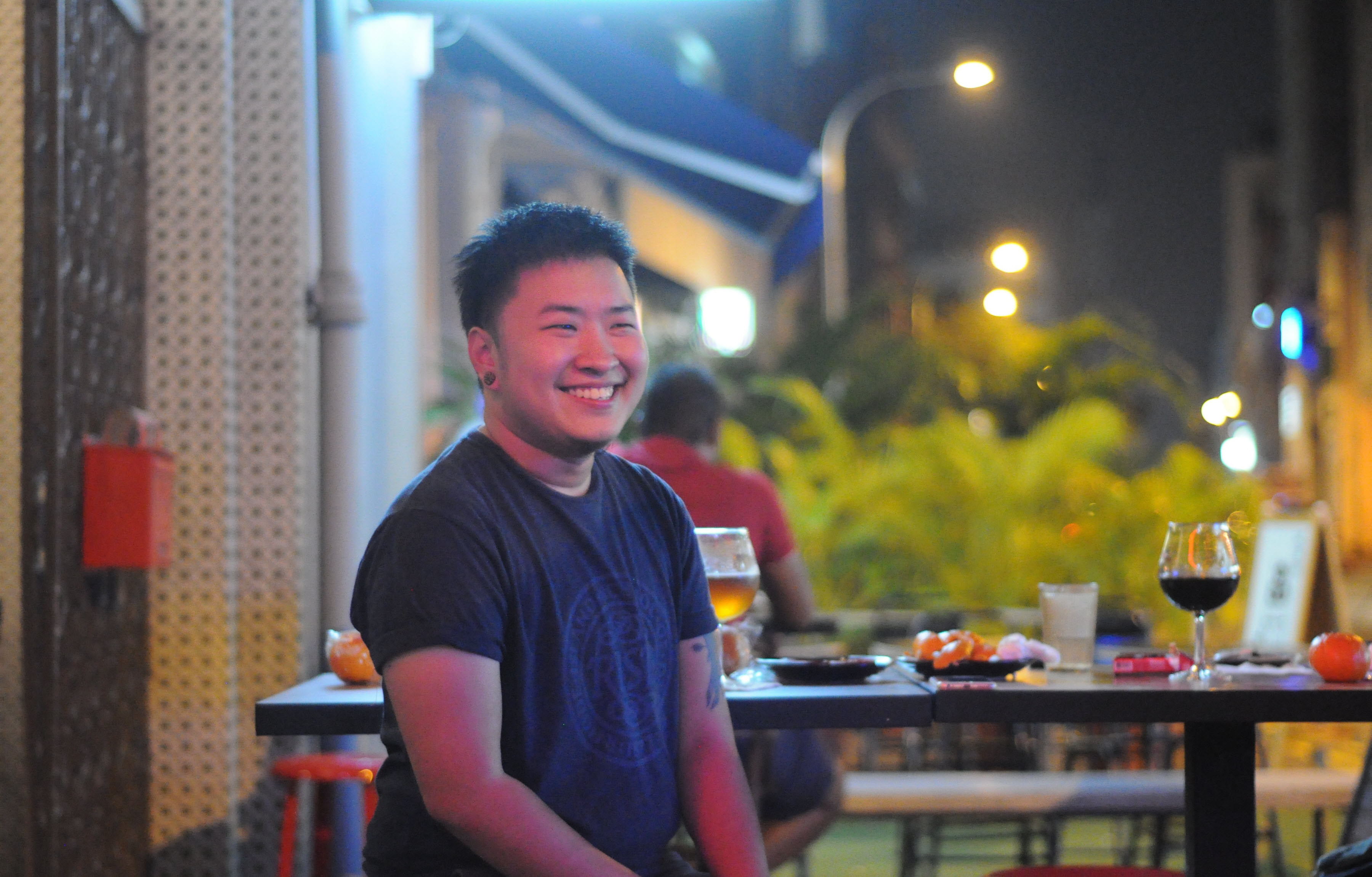 Christopher Khor opens up about the aftermath of his story going viral and his plans to help out the transgender community. Photo by Dinesh Ajith

His story made waves when it hit mainstream media in Singapore last year.

“S’pore transgender takes first step to being legally recognised as a man”, read the headline of a story that sparked a kaleidoscope of reactions ranging from downright outrage to reluctant empathy, to genuine admiration – and in a few extreme cases, unnerving adoration (but that’s another story for another day).

Public opinion – and troll reactions – aside, Christopher Khor’s story of his transition from female to male was more than just gossip fodder for the public; it did something much more important.

It brought to light a seldom-discussed topic in Singapore: transgender men.

In December last year, Singapore newspaper Sunday Times wrote about Chris’s breast removal surgery in Bangkok and his plans to do the full works by the end of this year. Its sister site, citizen journalism web portal STOMP reproduced the story online, and then the Internet took over.

“I know better than to underestimate the Sunday Times now,” he laughs.

He’s faced his fair share of vitriol ever since his story hit the surface, of course, but the 23-year-old chooses to look on the bright side of things instead.

“I was pretty shocked by the Sunday Times’ reach. My relatives started texting and stuff, but mostly everyone’s been neutral-supportive,” he recalls.

“The best bit about the story going viral was that people started getting in touch – other transgender people who didn’t know that they were not the only ones,” he shares. “They were mostly young, and struggling with what to do next, or just being open. So that was nice, because I think we’re starting to build a community now.”

“A lot of the trans guys that have been reaching out to me seem to be saying the same thing: ‘I thought I was the only one,'” he shares. “I, for one, was the first trans man I knew. I didn’t know that trans men was a thing. Sure, I knew about trans women and all but I felt like a freak for a long time because I didn’t know it worked in reverse.”

The best bit about the story going viral was that people started getting in touch… So that was nice, because I think we’re starting to build a community now. Christopher Khor

“Even though now there are resources on the internet to tell us more about being transgender, hearing from people who have undergone the process, especially in your country, really makes a huge difference,” he shares.

For instance, questions like “Which doctor/psychologists should I see?”, “How can I get the proper medication?”, “What about legal recognition?” are all pretty location-specific, to which even the Internet might not have answers to.

More importantly, building a community for transgender men in Singapore creates a sense of solidarity and support for a group of men who have felt lost and alone for a large part of their lives.

“You know what they say about strength in unity, and that’s especially true. Even more so because we are a minority, even more of a minority than the LGB peoples,” he says. “We still have a long way to grow, but if we have no point of connection, then these discussions cannot happen.”

He explains: “Healthcare is just one of the very many areas that we have to discuss – the longer I spend talking about trans rights, the more I realise how much longer of a way we have to go.”

Chris, an assistant producer working in the television industry, is also currently producing Singapore’s first documentary on transgender men in Singapore. Titled Some Reassembly Required, the documentary follows a group of transgender men, including Chris himself, in various stages of transition.

“I think that knowledge is the key to acceptance. A louder voice means that it’s harder to perceive people solely through stereotypes. After all, people are far more than just their sexuality or gender identity.”

“This is especially true when you find out that someone you knew for an extended period is gay, for example. You see that there is much more to them than “being gay” and “doing gay things”. By those things, again, I refer to the stereotypes that are being overturned by the day,” he shares.

And that’s something that applies to him as well. Despite his activism for the transgender community and the fact that he identifies as a transgender male, Chris isn’t defined solely by his sexuality.

Sure, he’s on his way to having his lady parts surgically swapped for more… protuberant genitalia, but society’s perceptions of gender doesn’t define you for who you are – which is something he firmly believes in.

“I think what defines me is a constant need to learn, not only about myself but also the world around me.” Christopher Khor

That said, however, he adds: “I often get the sense that if I hadn’t been transgender, I wouldn’t be as empathetic or kind, though probably as charming, and that can be dangerous – I would probably break a lot of hearts.” He punctuates that last statement with a laugh, then asks: “Does that sound very egotistical?”

If from anyone else’s mouth, the answer would probably be a resounding “yes”. But Chris does exude a certain boyish charm, with a penchant for making almost-awkward ‘punny’ jokes and then laughing at them himself.

More than that, he strikes you as a genuine individual with a sharp wit and an intimidatingly high intellect. Which isn’t very surprising seeing that he was selected to be part of the Gifted Education Programme (GEP) during his primary school days, and went on to study in a prestigious secondary school after.

All these, of course, are simply snippets of his life that come together to make up his personality, along with his other life experiences – his musical talent, his film degree, his internship in San Francisco, his friendships, his relationships, his family ties and so on.

To him, personally, “I think what defines me is a constant need to learn, not only about myself but also the world around me. That and a constant desire to fix things that are broken. That’s a really general statement, but I hope to be able to help more people and make the world a bit better to live in,” he says.

And starting a community for transgender men in Singapore certainly is a great start.