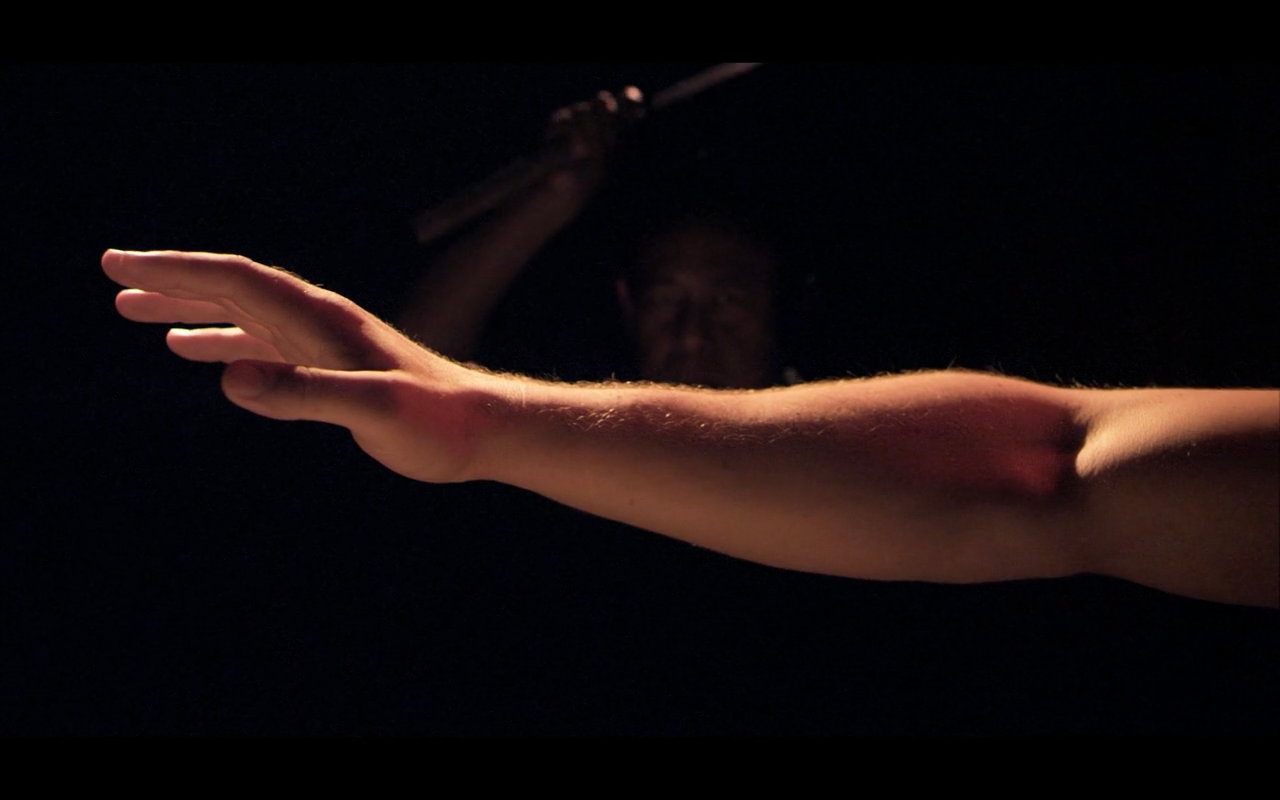 FOREHAND: The best way to slash someone's throat is with an eastern forehand grip, as demonstrated incorrectly here. Bold Films

Though what would look like a relatively visual-effects free film, Only God Forgives is actually a tough labour of a team of visual effects artists comprising matte painters and compositors supervised by Martin Madsen. Madsen, who has worked as a VFX supervisor and as a compositor in Nymphomaniac: Vol. I and The Girl With The Dragon Tattoo, makes Only God Forgives one of Winding Refn’s most violent to date.

The family crime thriller, set in Bangkok, Thailand, isn’t one that’s easy to stomach for mainstream filmgoers. In fact, it was a pretty weak film structurally and story-wise. But, take nothing away from the stylised killings and pensive anger brewing throughout, as an expressionless Ryan Gosling, playing his one-look-for-every-emotion self, helps his farang family avenge the death of his brother against a ruthless police commander.

It’s a movie full of style and weird, and full of splendid visual effects that involve matchmoving actors, compositing fake blood splatters and the lot.

And to think that the visual effects teams in movies get their credits somewhere after janitors and caterers, not that those are easy jobs either.

Contented curates the coolest, most amazing and weirdest stories we come across. Our opinions and commentaries are focused on Asian subcultures. Get in touch with us if you have something just as awesome to share.

Jamaica's dancehalls may have the solution to Singapore's low birth rate