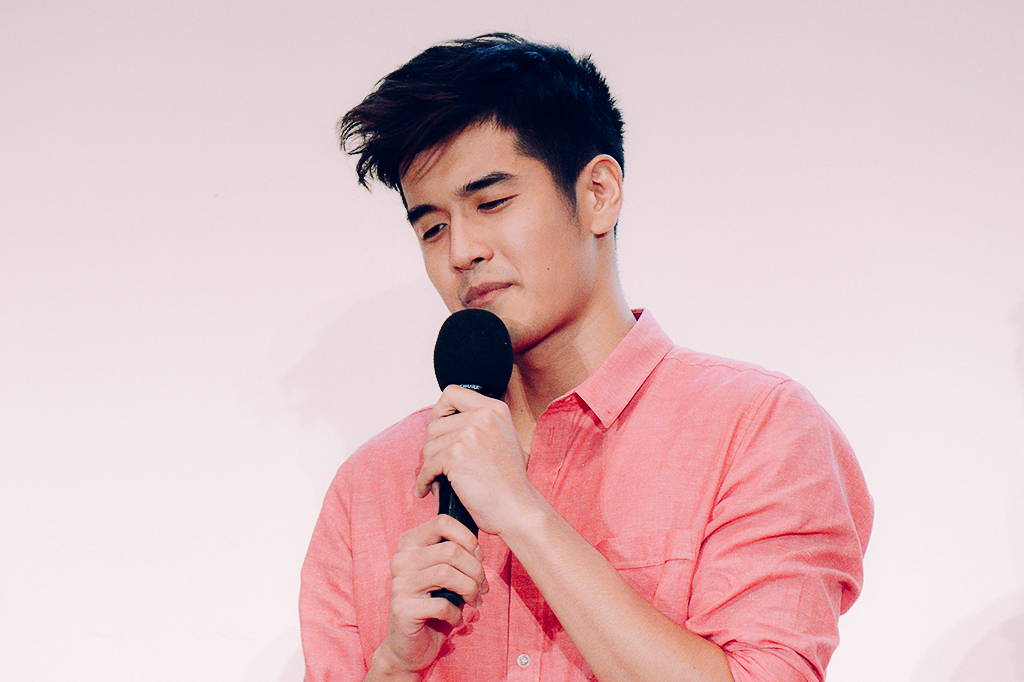 Now in their ninth year, the Pink Dot SG movement has seen impressive growth. Their annual event has been held in the Speaker’s Corner at Hong Lim Park, which is the only place where groups in Singapore can protest or rally if a set of criteria is met. It has blossomed from an initial attendance of 1,000 in 2009 to 28,000 in 2015. Last year, they did not even keep a final count – because attendance hit maximum capacity.

Through it all, they have become an inspiration for the LGBT community in Singapore and other parts of the world. They have managed to spark a real conversation about the challenges that their community faces, and turned Singaporeans from all walks of life into supporters.

The mood in the room during the 2017 launch event was a positive one, especially during the announcement of this year’s ambassadors: singer Nathan Hartono, Paralympian Theresa Goh, and actor Ebi Shankara.

“The first thing I felt at Pink Dot was just completely unfiltered joy for the entire day,” said Nathan Hartono. “Everyone there just felt so happy and they were around people that they know – unjudging and full of love.”

“You don’t lose by loving, caring or giving,” added Ebi Shankara.  “So, I think that’s what’s really important. And that’s what we should advocate and educate people on. I think educating people is the most important thing to create a world that understands true inclusivity.”

Pink Dot SG has faced many hurdles. In fact, they’ve received threats from some Singaporeans, flak on the web, and raised the ire of religious leaders and conservative groups.

They’ve persevered through it all. They’ve fought through all the barriers, both legal and emotional, to exercise their right to be heard – clinging to the hope that Singapore was slowly, but surely, heading in the right direction towards acceptance.

This year, however, organisers and supporters must deal with a new type of barrier: a physical one. Due to changes in the Public Order Act, now only Singaporeans and Permanent Residents will be allowed to assemble in support of any cause at the Speakers’ Corner. This means that there will now be a fence cordoning off the assembly area, a first for the event since its launch in 2009. The wall will have seven checkpoints and only those with blue and pink ICs will be able to enter after being verified by volunteers and security personnel.

While the barriers were not the ideal solution, Pink Dot SG spokesperson Paerin Choa shared that it was the only way that the event would go through. “The set-up of barricades and check points around the park was the only measure deemed acceptable by authorities; this was a decision taken out of our hands and is something we do not readily agree with.”

One Barrier Rises, Another Falls

Changes in sponsorship regulations this year also blocked foreign firms from lending any financial support to the Pink Dot SG movement. This was a major concern because organisers had come to rely on foreign sponsorship for a large chunk of their funding.

However, the initial disappointment soon gave way to a powerful sense of hope.

Local businesses were galvanised and stood up to support the event through a campaign called Red Dot for Pink Dot, led by companies such as 99.co, Carrie K, Edible Garden City, and WoBe. An initial target of 100 sponsors (who could donate $1,000, $5,000, or $10,000) was met and beaten. By the end of the campaign, 120 local businesses donated money – a stretch goal for the campaign.

More importantly, there was finally an answer to whether Pink Dot SG could survive without foreign support. When challenged to defend and protect the homegrown movement, Singaporeans were willing to invest their own money. They showed that many in the city-state are willing to support the hope that everyone would have the freedom to love who they want.

This kind of support would not have been possible a decade ago, which is a testament to the steady progress that the movement has made thanks to their perseverance.

Paralympian Theresa Goh, an inspirational figure in her own right, was touched by how local SMEs showed support: “As I went on to my first two Pink Dot events, I would always feel like I am surrounded by a lot of love and a lot of positivity, and it’s really like a space where I felt like I could be truly who I am and be happy. This year, it was very heartening to hear about the local entrepreneurs who have come in to support Red Dot for Pink Dot.”

Karen Khoo-Toohey, Executive Producer at Chuan Pictures, felt that publicly sponsoring the event was in-line with her company’s core beliefs: “In the world of filmmaking, we see and create characters of various shapes and sizes, races and religions, genders and sexual orientations. These characters and their stories are told so that we are able to understand and feel empathy for one another, despite the differences. The idea of love and creating a sense of understanding for our audiences has always been at the core, and thus our support for Pink Dot.”

Pink Dot Around the World

Since the event launched in 2009, LGBT communities in multiple continents have hosted their own Pink Dot events. They’ve happened in Malaysia, Hong Kong, the UK, the USA and Canada – quite a feat for a movement that started in Singapore, a city-state with only a few million residents.

At its core, Singapore is still a conservative society. However, time seems to have shown that the people in the Lion City are slowly becoming more accepting.

People often try to model their infrastructure around Singapore’s world-class model. Now, it also seems like some Singapore-bred movements are able to inspire people around the world.

The tug-of-war between conservative values and long-term acceptance of non-traditional relationships is likely to continue for a long time. While there is still a portion of the population that will go out of their way to try to paint Pink Dot SG and the LGBT community in a negative light, there are also many individuals and companies who have fearlessly shown their support.

Slowly, but surely, things are changing in the Little Red Dot. There may be a long way to go, but there are many reasons to believe in a more inclusive future.